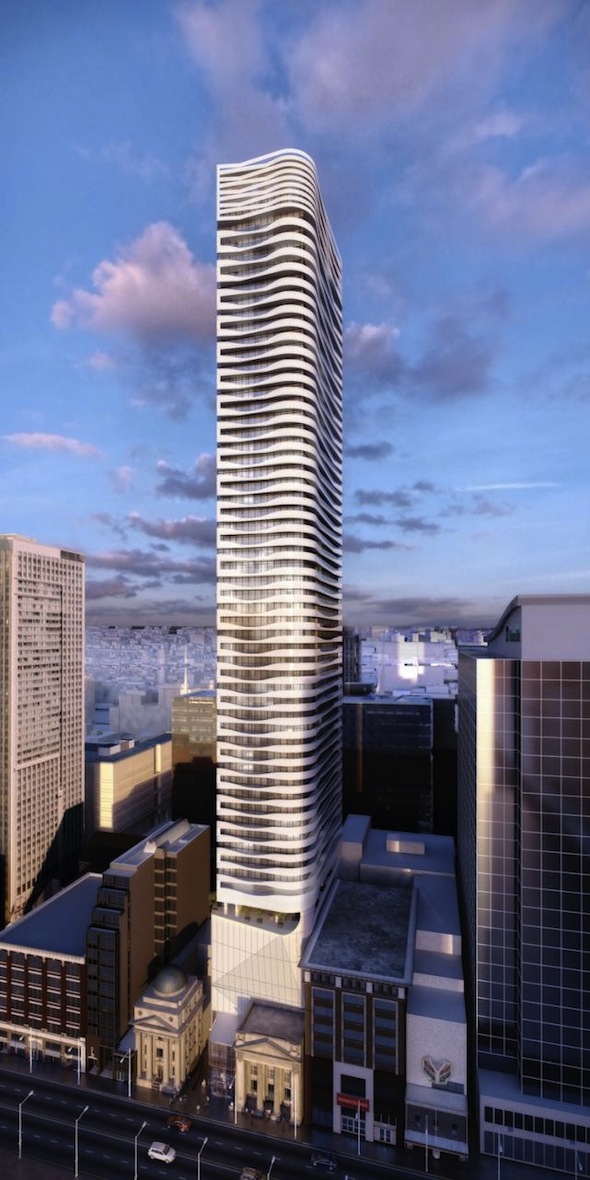 With Massey Tower Condos in the Theatre Block , Mod’s plan on raising the bar even higher in terms of city-building, architectural design and historic preservation."

This 20,000 square foot site contains the historically designated Canadian Bank of Commerce Building, designed by Darling & Pearson Architects in 1905 and vacant since 1987. MOD Developments plans to completely restore the four-storey portion of the bank and erect a 60-storey mixed-used development behind the historic landmark.

This section of Yonge Street is such an important destination for theatre, music and retail and to see this historic property revitalized will add more vibrancy on Yonge Street.

MOD is taking a step further by contributing to the enhancement of the neighbourhood by donating a portion of their site fronting on Victoria Street to Massey Hall for the expansion of their facility.

Purchasers of Massey Tower Condos will experience the energy and excitement of downtown living within one of the most architecturally innovative complexes.

MOD's most recent project, FIVE Condos at 5 St. Joseph, now under construction, has garnered four top awards at the 2011 BILD Awards, including Project of the Year and Highrise Design of the Year. I strongly believe Massey Tower will be a award winning project as well.